Is Your Pharmacy Adapting to the Edge of Chaos?

No one wants total chaos. But the sweet spot where a business really thrives is right at the edge of chaos. The edge of chaos is where the magic happens.

You’ve probably heard the term “edge of chaos” used metaphorically to describe someone or something on the brink of insanity, because "chaos" and "insanity" are often used interchangeably to describe something out of control. And in business, chaos can represent the point at which you've lost control over your operation. In complexity theory, however, chaos is viewed as the highly complex information defining the behavior of a system that isn't fully understood. Without perfect knowledge of all the variables that influence a system, it's difficult to predict how the system will behave in the long term.

A successful business closely mirrors what is known as a “self-adapting” complex system, and “chaos” in this context represents the many unknown and unpredictable factors at play that influence a business. Effective self-adapting systems possess a “continuous feedback loop”, which functions as a preventative measure against total chaos. Some common examples of this in the business world are customer satisfaction surveys, market research, and employee feedback.

While we obviously want to avoid reaching total chaos, the sweet spot where a business really thrives is right at the edge of chaos. The edge of chaos is where all the magic happens.

Understanding the Edge of Chaos

When systems adapt to the edge of chaos, it means they are adapting to the point where the balance between order and chaos is synergized. Complexity theory recognizes that we don't have perfect control over both sides of the equation, so the goal of a self-adapting system becomes reaching the point where order is effectively expanded or contracted to align with uncontrollable fluctuations in chaos. This point is referred to as the edge of chaos.

The edge of chaos is the point at which the core elements that define an effective self-adapting system – creativity, innovation, agility, anti-fragility, flexibility – are maximized. When your pharmacy is adapting to the edge of chaos and these elements are at their peak, you're well-aligned for overall growth and success.

How to Adapt to the Edge of Chaos in Your Pharmacy

The defining factor of a successful adaption strategy is not rooted in immediate success, but rather in one’s ability to realign and improve based on what you learn from the failures of your initial approach. At its core, adaption is the process of changing to better align with the current environment. When a system and the variables defining it are constantly evolving, the goal post is always moving. In many ways, a successful adaption strategy closely mirrors the scientific method. 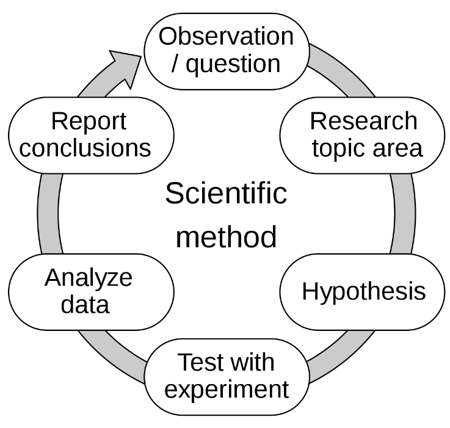 Although we’ll always be at the mercy of chaos to some degree, there are some constructive measures you can take to effectively adapt your pharmacy to the edge of chaos:

A core component of an effective self-adapting system is a properly decentralized power structure. In business, this can be compared to a "non-hierarchical" structure, which differs from the traditional hierarchical structure where authority flows from the top down through several layers of management. While this method may be more effective for large operations, where a multi-tiered chain of command is essential to maintaining the flow of business, it can be cumbersome to smaller operations. Too many tiers of authority can inhibit flexibility and timely decision making.

The more you can delegate autonomy to those below you and eliminate inefficient tiers of authority, the better. Scaling your power structure in line with the overall complexity of your business is essential to ensuring your pharmacy's adaption strategy is successful.

Feedback loops are what make time travel possible. Wait, that's the flux capacitor. Feedback loops are what make it possible for systems to self-adapt. This means that you're effectively using the information you collect to improve your business on a continuous basis. Do you have a customer survey program? Are your employees able to provide feedback? Are you listening to what they're saying?

Don't Be Afraid of the Edge

Sometimes it can be scary to adapt to the edge of chaos, because it might require you to push past your comfort zone and take some risks. Despite the traditional definition, chaos in this instance doesn't mean you can't be purposeful and controlled about how you run your business. Make incremental changes and measure your successes.

How to Optimize Drive Thru Pharmacy Services

The commonly accepted meaning of convenience is constantly changing for your customers. They have more options to choose from than ever before. Not...

The Right Way to Make Changes in Your Pharmacy

Earlier this week I posted a short article about the damage that making a change based solely upon anticipation can do.  In other words, failure to...

How “Buy Local” Can Boost Your Pharmacy’s Competitive Advantage

I am lucky enough to live in a town where shopping local is a part of the culture.  In fact, the main offices of RMS sits right in the middle of...

Want to receive exclusive pharmacy content right to your inbox?

Join our mailing list for important announcements, helpful tools for success, product launches, special events and more! We'll only email you with the good stuff.